What is AOSP, AOKP, AOSPA?[total guide with all ROMs] 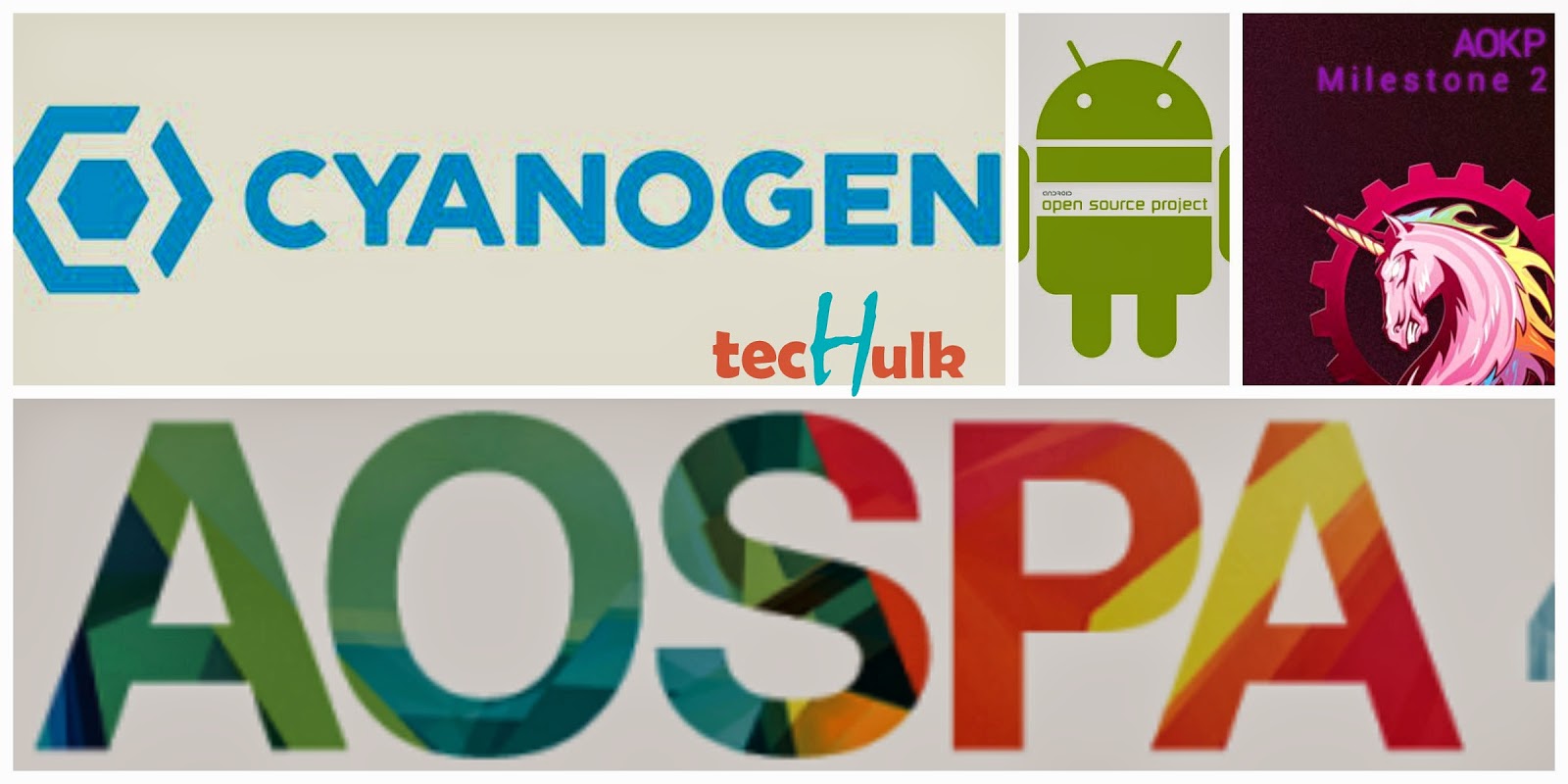 What today we are head to discuss about is something that most of us are really confused about before stepping in the world of Rooting, flashing, firmwares and custom Rom(s). We most of the time, in the search of a new user interface, for better experience & to boost up performance of our favorite devices accepts this truth that, the time has come to change the stock ROM and go look out for something else. But here comes the question that Which Rom Should We Flash?, lots of Rom(s) are available like for example AOSPA, AOKP, MiUi, LEWA, CARBON, CyanogenMod, AOSP, VIBE & many many more. One way or the other, each ROM is best by itself for the unique features they provide compared to the others. So lets talk about AOSP, AOKP, AOSPA & CyanogenMod today. Now,

AOSP stands for ANDROID OPEN SOURCE PROJECT which was an initiative created to guide development of the android platform. As android source code is released by Google under the ‘Open Source’ licenses, so everybody can customize it truely at any extent. Whenever there is the term ‘AOSP based’ written under any of the Rom’s description it purely indicates that it has a true stock Android feel. No added features other than extra Apks(if any), just the taste of the real android. So any AOSP based Rom(s) will always somehow lead better in the RAM management, user interface & better response.
Aosp includes all the features listed in Google Nexus devices. All the other Rom(s) are a part of Aosp with more unique features under the software segment which we are going to discuss today.
So in a nutshell if you are taking your stock Rom and modding it like removing unwanted apps, theming and introducing new apps in it then your final Rom will fall under the category of Aosp, therefore when you share your ROM at Xda or at somewhere else then you will specify in its feature that its an Aosp based Rom, so that guys out there will be aware of what they are flashing.There are also terms where its written ‘Odexed’ and ‘Deodexed’ under the Rom’s description, what does both mean you can read over here What does odexed and deodexed mean? .
Now lets move on to what are the other Rom(s) on the list.

AOKP stands for ANDROID OPEN KANG PROJECT , an open source replacement distribution for smartphones and tablets based on android mobile operating system. Whenever we think about AOKP Rom there is an image of the Pink colored Unicorn booting up and taking us towards it’s home screen, yeah it is the operating system on the layer of android Os by the Team Kang Inc. Which got more brilliant customization options than the stock android.
User has a complete control over the whole of the system, bunch of security features, and tweaking can be made throughout under the settings. I used my first Aokp which was on top of android version Ice cream sandwich and it made me impressed at that time(it was on Htc one v though).
Bundles of themes are available at Google Play Store and can be applied to the system from settings.
Aokp works on Monolithic(architecture where entire OS is working in kernel space/in Supervisor mode,having high level virtual interface) kernel, and the linux kernal. Though not all the devices are supported to get Aokp officially but still 3.5 million users are on it.

AOSPA stands for ANDROID OPEN SOURCE PARANOID ANDROID which is not that old one as compared with Aokp above. It has introduced users with lots of new breath taking and mouth watering updates and features. It is another OS which is running on top of android that has been used by lots and lots of users today. Recently they have introduced the concept of DSB (Dynamic Status Bar) where the status bar adapts the colors of the apps to meet up the material design look (as compared to that black colored default status bar), the head over notification & the lollipop like chrome tab view for the recent Apps on Kitkat. Its been made by lots of developers together those who’ve got the proper grip on the android platform. Recently the developments got a little slow down after kitkat as the lead developers got busy with the “OxygenOS” which is the stock ROM of famous OnePlus. Paranoid’s availability is more as compared to the AOKP Rom(s). It also have more personalization options, again here users have a room to choose and browse over themes on Google play & make their choices for the looks of the OS under the themes section in settings.

Another open source operating system that most of us are aware of, CyanogenMod Rom is the one that everybody takes a chance & love to play with. With tons of features including theming, customization options,various shortcuts, lock screen tweaks and lots of performance tweaks under the hood that makes the user feel very comfortable using the Os.
Latest CyanogenMod 12(Nightly) with the touch of Google’s lollipop was released.They offers features and options that are mostly unique as compared to the stock official firmware. Features like FLAC audio codec, OpenVPN client, CPU overclocking, High security options & added toggle options are the Cm’s favorite.
They recently collaborated with the flagship device Oneplus One and Indian brand Yureka known as YU to run the official firmware of CyanogenMod. Millions of active users are attached with the operating system till now.

Now which one is better???

Each ROM has its own unique features to offer, so its very difficult to point it out that which one is better when compared to the other. Some of the non listed devices fails to get AOSPA, AOKP or CyanogenMod Rom(s) so they have to use the AOSP ones released for them by the active users of the device. The common thing that lies between AOSPA, CyanogenMod & AOKP is that themes can be applied via the theme manager and user can choose with lots of options under themes like changing the boot animations, fonts , style , icons etc. The themes can be downloaded from the play store or from xda . Personally using all of them what I found to be better one is the AOSPA (on Kitkat) as it got a little more unique features like the Dynaminc Status Bar , head over notification and a floating mode to every App, What it lacks is the Performance tweaks section as compared to the CyanogenMod so the choice is yours to choose and prefer which Rom to be the best.

A Tech Geek who loves to write about WordPress blogging, How-To's, and fixing errors. He founded techulk with the sole purpose of providing visitors the exact information they need with simple and step-by-step working explanations.

This site uses Akismet to reduce spam. Learn how your comment data is processed.